I miss the little things

I miss the every day things, the things that made up our every day life. And when I look at photos like this and see John just being John I still feel that if I turn my head really quickly I will see him standing there as if he never left.
Posted by Joy Collins at 7:51 PM No comments:

Today marks 30 months - 2 1/2 years since John left this plane. I still miss him and I can't believe that this much time has passed. I know he is with me in the best way he can be right now but it's still so hard. I still find myself doing things with John's opinion in mind and half expecting him to walk through the door and tell me what he thinks about one thing or the other. He is, and always will be, my other half, the person who makes me whole. If that makes me less of a person, I don't care. It's how I feel.
Missing you, Sweetheart. Loving you.
Posted by Joy Collins at 3:56 PM No comments: 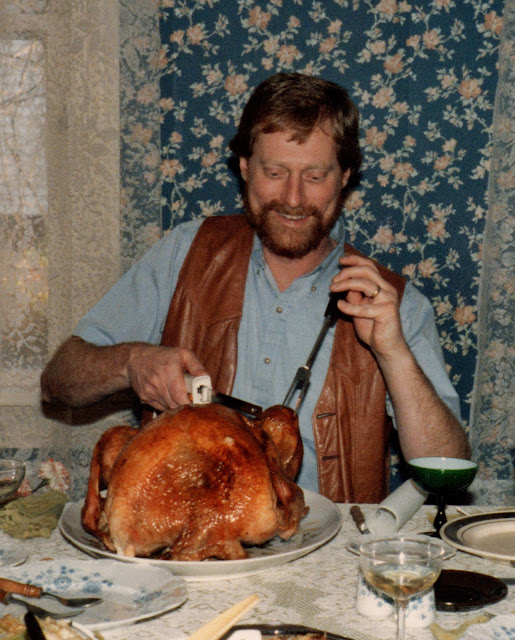 Happy Thanksgiving, Sweetheart. I am so thankful for our life together.
Posted by Joy Collins at 5:11 AM No comments:

Today I flipped my CD player on in the car and Glen Campbell's song "Strong" started to play. The lyrics touched my heart. The words  speak to me as if from John but they are also words I want to say to him as well.

As I look into these eyes I've known for all these years
I see for the first time in my life, fear
This is not the road I wanted for us, but now that's it's here
I want to make one thing perfectly clear

I am a broken prize all neatly wrapped but cracked inside
All the king's horses and all his men, they lie
As I look at you and at my life, what do I see?
The person that I wish that I could be

All I want to be for you is strong

So strong
It's strong, so strong
Don't you know it can't go wrong?
Strong

How deep is our love

Saturday Night Fever had just come out when John and I first started dating and we loved that album. Those songs spoke to us in a special way.
Every time I hear that music I feel John close to me.

I think John even resembled one of the Gibb brothers from that time.

Tonight marks 129 weeks. 129 weeks is not a milestone of any special measure but I have been feeling very weepy of late. Maybe because I am coming up on the 2 1/2 year mark. My mind still wonders how can this be? How can life be changed forever in an instant? How could our wonderful life as we knew it be no more?
What I wouldn't give to wake up from this. 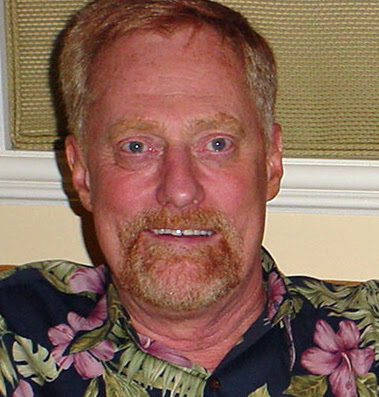 Posted by Joy Collins at 6:12 PM No comments:

John will always be there

I often turn the radio on while I am driving and thinking about John. Many times a song comes on that we loved or that especially speaks to me and I wonder/imagine John has prompted me to listen at just that right time so that he could get a message to me.
Today was no exception. I was driving to meet some friends for lunch and had the radio urge so I turned it on. And then punched the second button on the dial. This is what came on.


I think John was reassuring me he is still with me, something that I worry about.
Just like when I felt compelled to look at a table in a store and found this waiting for me. 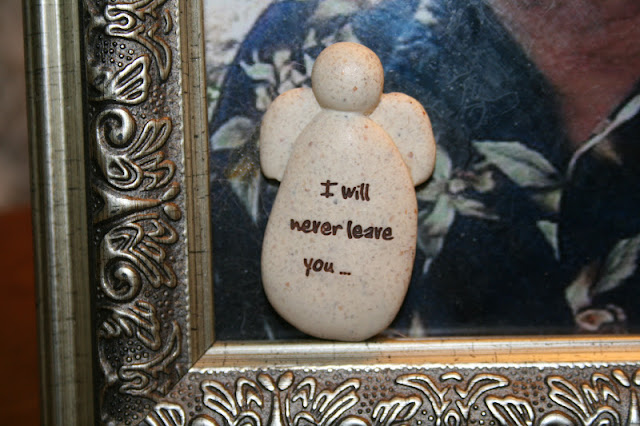 Thank you, John.
Posted by Joy Collins at 3:38 PM No comments:

Today is a Holy Day in the Catholic Church [All Saints Day] and I attended Mass this morning in our local parish. I was not "feeling" any real devotion. Sometimes [who am I kidding? always] when I attend Church I really miss John a lot and today was no exception. And often that makes it hard for me to get into the spirit of Mass. Seeing all the couples at Church just brings home to me how John is not here with me. Plus we always attended Church together. We got to hug each other during the Sign of Peace and John would tell me that he loved me. Then when it was time for Communion John always stepped aside and let me walk ahead of him in line. Sometimes, he would touch my shoulder as we walked up.
So I was remembering all of that today and then, ahead a few pews, I saw a man dressed very much like John - khaki pants and a navy blue Hawaiin shirt. In fact, it reminded me a lot of the shirt that I dressed John in in his casket. So those thoughts were running through my mind during Mass.
And then it was time to go up for Communion.
Again, missing John.
And then it was time for me to receive.
Who do you think was the man who gave me Communion?
Yes, the man dressed like John!
I smiled inside and gave thanks and said Hello to John.
Was this a Hello from him?
Maybe. Why not?
How else can he communicate to me now? I truly believe that if we are open to these little Hello's they will continue to happen until we are reunited.
But I also realize that not everyone sees things the way I do.
And that's OK.
But it doesn't mean I have to expose myself to it.
Case in point:
I have been following the blog of a woman who, unfortunately, is going through the same thing I am. She lost her Love just a few weeks before John passed.
She writes - sometimes very well - about her grief and how others react to it. Some of her blogs have inspired me to write similarly here.
But this past week we disagreed - big time. And I feel she belittled my beliefs so I decided to let her go. She's certainly entitled to what she believes and feels. But I see no point in following someone who so clearly believes something so opposite of what I do. In fact, I had no idea how divergent our thoughts were until her response to me on my comment.
She had been bemoaning the fact that she has never heard from her soul-mate since he passed and that she truly believed that there is no where for us to go after we die. She thinks. She's not sure, obviously, or why would she complain about not hearing from him? If he went into oblivion, from where would he reach her? She was also poo-poo-ing "near death experiences" claiming they were nothing more than biological occurrences.
So I offered my thoughts [here is most of what I wrote]:
Dead is not dead – that is the point. In fact, there is no such thing as death. Death is what we perceive from this side of the veil. The point of near-death experiences and this doctor’s particular experience is to show that we are consciousness, we are eternal spirit and that never “dies”. We go on forever. The fact that people with flat-line EEG’s can come back to tell of these experiences [and they are all so similar there must be some truth there] shows, at least to me and many who are more learned than I am, that we are not our brain, we are not our body. We are spirit. We just inhabit this body. I believe that what we believe determines how much of the afterlife we experience, from this side and the next. As we evolve and realize that there is more to us than muscle and bone and brain, then we open up ourselves to all sorts of experiences, the likes of which we can only glimpse from this side.
No, that doctor wasn’t truly dead but his body had started to shut down. In fact, they were going to take him off life support when he woke up. And knowing what I know of his illness, his brain was too ill and his body was too far gone for what he experienced to have been imaginings. His experience might be one to chalk off to an aberration if he were the only one to experience these things, but he’s not. Just like past life experiences that can be verified, near death experiences teach us [at least they do me] that there is more to life than what we perceive with our five senses in the short span of years that we are here [this time].
A near death experience can never be a full death experience. But does that make his story any less real, any less useful? It’s the closest thing we have right now to understanding what happens when we die and isn’t that a comforting thing?
She responded that she was glad I found comfort in these "stories" but she continued to believe that "It’s entirely possible near death experiences are a different form of human consciousness that have nothing to do with being dead. They could be a sort of dream, some deep stimulation of the limbic system, or a dip in the collective unconscious."
What can you say to someone like that?
Nothing.
So I will no longer try.
But I'm glad John said Hello to me this morning. I know he's with me. I know he still loves me.
I know it. I feel it.
And I don't need to justify or explain that to anyone.
Posted by Joy Collins at 10:20 AM No comments: