I have much to be grateful for and I am.
But it still hurts to not have John here with me. And on New Year's Eve, a day when everyone is wishing everyone blessings and happiness for the coming new year and anticipating all the good that can be, it is very sad to know the year will not include having John here with me physically.
I often think about those last days and hours I spent with him.
One of the things John said to me on our last day together [when we were discussing my elevated cholesterol level and how Ineeded to make sure I treated it] was "I don't want to be here without you." That goes for me too, Sweetheart. I don't want to be here without you either.
I am reminded of a Garth Brooks song "If Tomorrow Never Comes".
The answer is Yes, my Love. I knew, I know.
Posted by Joy Collins at 3:03 PM No comments:

So happy and grateful for all the happy times we shared. 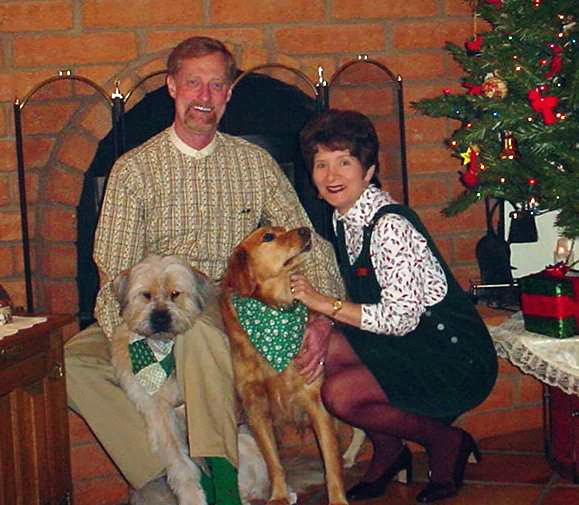 I think Christmas Eve and Christmas Day must be the hardest saddest days of the year for people who have lost someone. I know they are for me.
These two days always brought us such joy.
I am grateful I have so many wonderful memories of Christmases past. 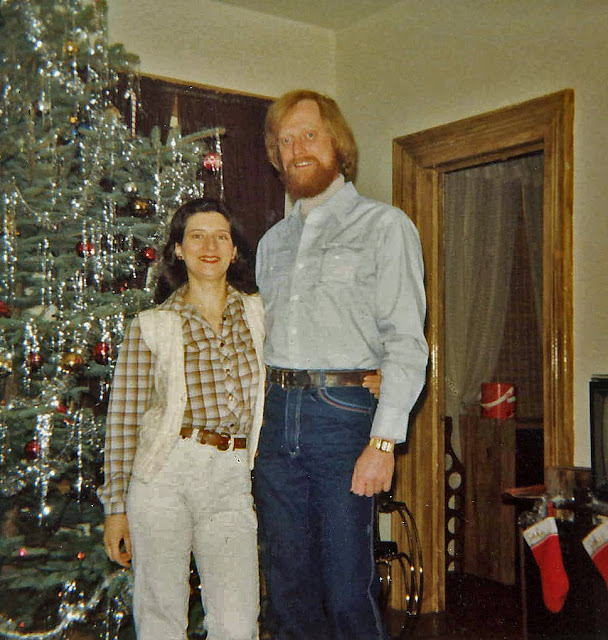 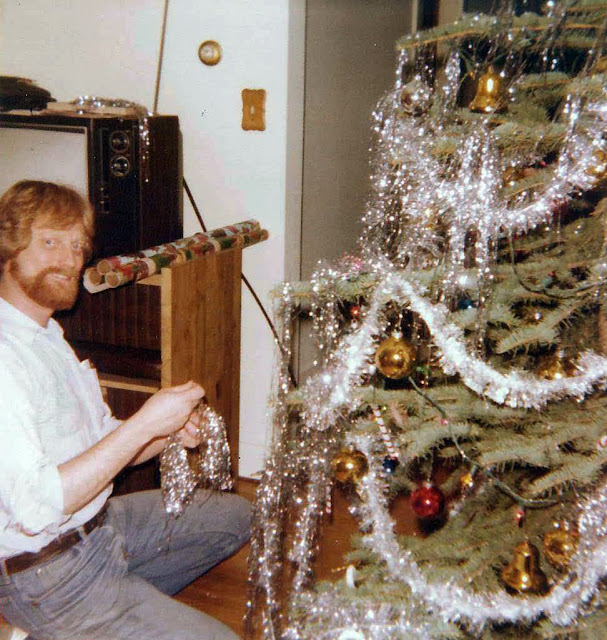 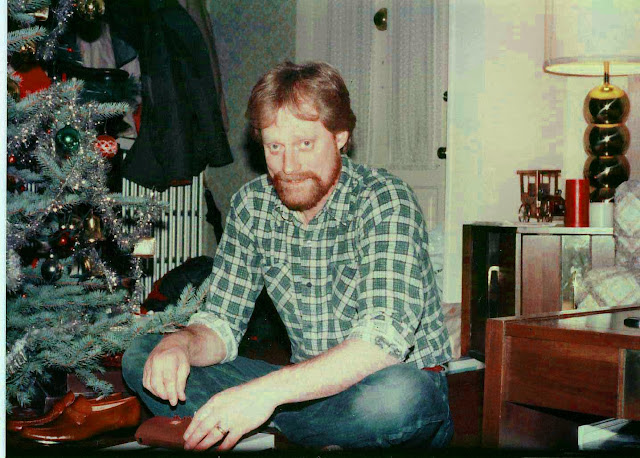 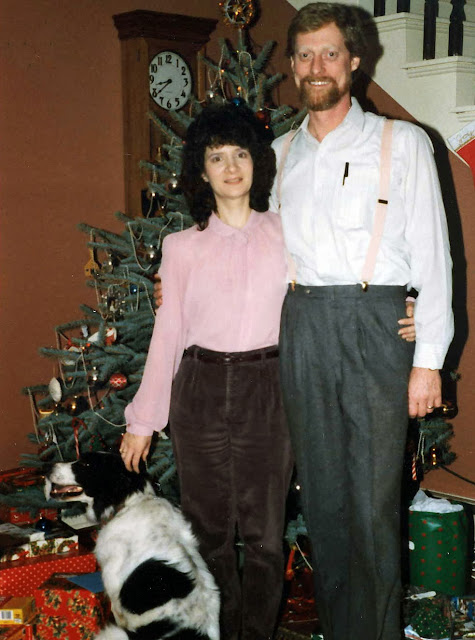 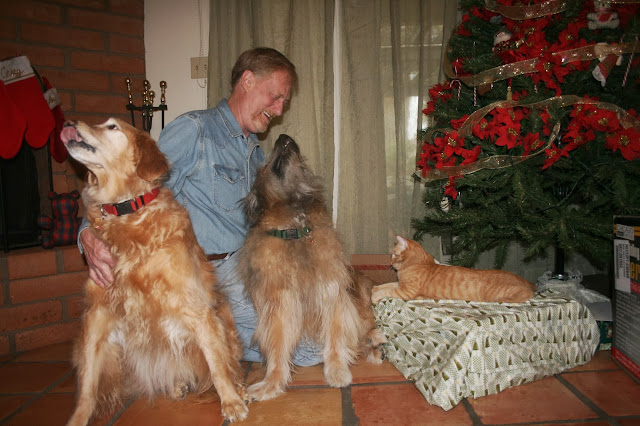 Posted by Joy Collins at 7:02 AM No comments:

This is such a tough time of year

I still have good days and bad days. And this week has had a bunch of bad days.
I saw an older gentleman walking outside a store yesterday and for some reason he made me think of John if he had lived to be an older man.
I wonder what John would have looked like. I wonder what our life would have been like.
I wish we had been able to share our older years together. We thought we would.
I can't wait for Christmas to be over.
Posted by Joy Collins at 8:49 PM No comments:

Life is slowly getting back to normal. Day by day, my health is improving. But I am still traumatized by what happened and afraid to be alone. Yet, there is no choice.
And that is one more thing that losing John has left me with - fear.
When you live with someone day after day, you assume [wrongly] that you have forever together and all will be well.
Then the rug gets pulled out from under you and you realize how many ways you have to adjust.
Even something as being afraid to be alone because something might happen to you becomes a major worry. This same medical emergency happened to me several years ago but John was home then and he called 911. John's presence has always calmed me.
I know he was with me this time in the best way he could be and that helps.
Even today, I turned the radio on as I was out Christmas shopping and the song "I'll Be There" by The Four Tops was playing:


(Reach out) Come on girl reach out for me
Reach out, just look over your shoulder
I'll be there to give you all the love you need
And I'll be there you can always depend on me
I'll be there

So I have to trust that I really am not alone and I am being cared for.
And we will be together again.
Posted by Joy Collins at 7:04 PM No comments:

I went to New York for Thanksgiving and must have caught some kind of bug on the plane on the way home.
By Monday I knew I had at least a cold so I started to medicate with herbs and vitamins and over the counter stuff.
By Wednesday I knew things were worse so I called my doctor's office but all I could get was an appointment with a PA who wasn't that concerned about my symptoms and basically ordered more over the counter stuff.  She gave me a prescription for an antibiotic but told me to wait at least 5 days before I filled it because she didn't think I needed it yet. The main inhaler she ordered wasn't approved by the insurance.
By that night I knew I was in trouble. My symptoms were worse. I lost my voice and my throat was raw. I barely slept and spent all night sipping tea and honey to try to keep my throat open. I know my history. This type of infection gets bad quickly with me.
I called my doctor's office as soon as they opened and got an appointment for 10:45. When I arrived, the doctor was running late so  he sent in his medical student to start the exam so I wouldn't be sitting alone so long.
In walked a very young and very nice young man in a white lab coat. I tried to answer his questions but could only talk in a whisper and I could tell my throat was getting tighter by the minute. I swallowed and in that instant my throat closed up and I couldn't breathe. I stood up and went into a panic. All I could do was grunt and the more I struggled to breathe the harder it became.
The poor medical student grabbed my hands, opened the door, and called for help. Within seconds a doctor and two nurses responded. By this time I was in dire straits. The noises I was making was scaring everyone I'm sure and I was afraid I was going to lose consciousness or worse. It's a desperate feeling when you feel you can't breathe. But I have to say both the doctor and med student were excellent. They did everything they could to keep me calm and they held my hands while they talked to me and that did more than anything to convince me that I was going to be OK. They told me they had called for an ambulance to take me to the hospital.
Throughout it all I talked to John and asked him to be with me. At one point I felt a warmth on my left arm and I felt it was John.
The ambulance arrived, they did their medic thing and loaded me up for the trip to the hospital.
There I had more tests, oxygen, etc. My nurse was wonderful. She was young and took her time, explaining everything as she went. I looked at her name tag when she introduced herself and had to laugh. Of all the names in the world, her name was the same name as John's ex-wife, the one who had caused us so much grief throughout so much of our marriage. I figured this was John's doing. He picked a name that would get my attention so I would know he was there and he picked a name that he hoped would make me laugh. He was right.
Then the kicker was she told me she was only covering for my real nurse because he was on lunch break. She said he would come in when he was back.
He did and he introduced himself to me.
His name was John. Messages received loud and clear.
To make a long story short, I had another episode of difficult breathing but after all tests came back negative, it was decided I had a very bad respiratory infection and I was sent home with inhalers, steroids, muscle relaxers, and a strong antibiotic. My friend came and he took Bella to the kennel for me so she would be safe and cared for for the next several days.
I went home and slept.
And thanked John for still being with me as I knew he would be.
Posted by Joy Collins at 9:18 PM No comments: