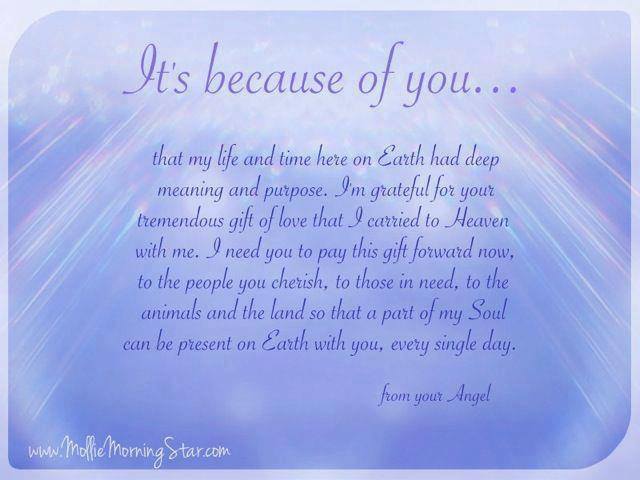 Since John's passing I have had the occasion to have readings by some mediums. Some were good, some were terrible, and some were beyond wonderful. I have been lucky enough to subsequently become good friends with the two who were beyond wonderful. Not only were their readings extremely accurate but they gave me a peace I had been searching for.
Their names are Susanne Wilson and Mollie Morning Star. If you have the occasion to have readings by them, I highly recommend that you do.
Mollie is also a gifted artist and she often posts very uplifting photos and paintings with wonderful sayings.
The one in this blog post is taken from her Facebook page.
I love what she has written inside this photo.
It is something that resonates with me.
Ever since John has transitioned I have been obsessed with keeping him alive - not only for me, but for others as well. Doing what we can to uplift and help the world in the name of our loved ones who have passed is the highest honor we can give them. We can let their light continue to shine in the world. We can transform our grief into the impetus to better the lives of the people and animals and the land around us.
What better tribute to our loved ones?
In the end Love is all there is. Over and over again, we hear that from those who have passed on.
Share the love.
Be the love.
Posted by Joy Collins at 7:58 AM No comments:

Heaven is a state of being

I am reading a really wonderful book right now called Dying To Be Me by Anita Moorjani. 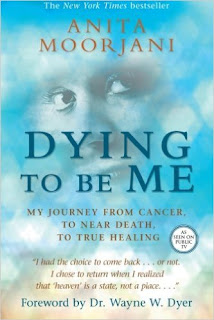 I highly recommend it. It's about Ms. Moorjani's near death experience [NDE] when she was admitted into the hospital in a coma with Stage 4 lymphoma.
Not only did she have her fantastic NDE but when she awoke she was free of her cancer!
She is a wonderful writer and her description of Heaven is beautiful.
While I was reading it I kept thinking of John and what he must be experiencing and I am so happy for him. I can't wait to be there with him so we can be experience it together.
I highly recommend this book. It really helped me to understand how we are all connected and how to prioritize and decide what is really worth putting focus on.
Ms. Moorjani beautifully illustrates not only how we are all part of each other but how we are all beings of light and love and Heaven is more of a state than a physical place.

Posted by Joy Collins at 4:09 PM No comments:

It's Sunday again - my most un-favorite day of the week.
Sundays are lonely. Sundays make me miss John even more - as if that were even possible.
I go to Mass on Sunday, something John and I did together. The Our Father and the Sign of Peace that follows are very hard for me. I remember holding John's hand during that time and we would always turn to each other at the end of the prayer and hug and whisper "I love you, Baby" to each other.
Now, often, I cry as I remember. Even now, 6 years later.
Wasn't it Albert Einstein who said "Time is relative"?
The TV show Star Trek also played with the concept of time - often going back to the past with the stern directive that they could not interfere with the true progression of events. 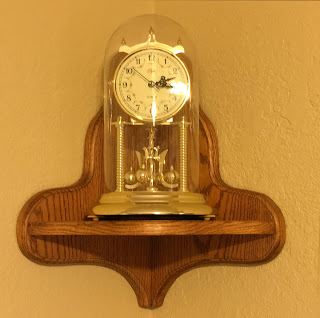 But wouldn't that be so tempting a thought to those of us who mourn?
To be able to go back to a happier time and once again hold our loved one. Maybe stop something horrible from happening or prevent an illness.
How many times have I thought "if only.....?".
One of my John's favorite singers was Jim Croce and one of Jim Croce's most successful songs was "Time in a Bottle". In it, he wishes to relive all the happy times, one by one, over and over again until eternity. That would truly be Heaven.
But time can seem like the enemy for those of us who grieve the loss of our soul mate.
And it is indeed relative. I look back on my early years with John. From the moment I first met him until the day we married was just a little less than 5 years.
It seemed as if we crammed so much into that short space of time - meeting, becoming friends, falling in love, moving in together, marrying.
Yet, now, it has been just a little over 6 years since John has passed and there are days I feel it is all the same and at the end of the day, the only constant is John is still gone. The days and nights are still empty. There are no hugs and kisses, no plans, no milestones.
Those first 5 years flew by.
These last 6 years have crawled past.
One of my favorite recent movies is "Interstellar". During their trip into space, the astronauts spend time on a planet researching its habitability. Because of gravity issues too complicated to go into here, every hour spent on the surface of the planet equals 7 years to the astronaut left back on the ship. The astronauts on the planet's surface run into trouble and their return is delayed by over 3 hours. When they return to their ship, 23 years have passed and their colleague has visibly aged.
Sometimes I feel that way. John has been gone for 6 years and there are days it feels like forever. I wonder how it feels for him. Has it been only an hour in Heavenly terms? When we are reunited will it seem to him like he just left?
All I know is that every day that passes brings me closer to him again.
Posted by Joy Collins at 4:09 PM No comments: