I've been ruminating about a situation with my car lately [short version: I was rear-ended back in August and am now battling with the offender's insurance company to recover diminished value on my car]. 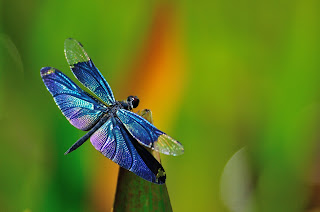 As I drove to my chiropractor's office this week, I was again worrying about the outcome. As I got out of my car, a beautiful dragonfly buzzed around me. In fact, he slammed right into my driver's side door after I got out of the car. I thought that was odd but he flew away, only to return a second later and buzz me again. So, I paid attention.
Often, dragonflies are considered signs from loved ones. Maybe John was trying to tell me to not worry?
Possibly.
Then, I took a step forward and there, sticking out of the front lawn was a large black feather, considered again to be another sign. 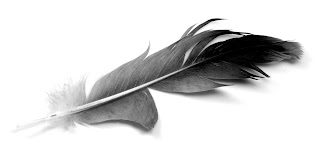