I let another piece of our history go this week

I finally sold the antique car parts that John had. John had a wonderful eBay business going when he passed. He was buying and selling antique Mercedes parts and doing very well. He had a couple of cars that he had stripped and was selling the parts and he also bought other parts and refurbished them and then sold those as well. He had customers all over the world.
When he passed I gathered all the parts and put them in storage so that I could get my car in the garage. I didn't know how I was going to get rid of them though. There was no way I was going to be able to do what John had done and I was stymied how I was going to sell the lot as a whole. So they languished for three years in storage.
Then recently a dear friend put me in touch with someone who was able to find a buyer for me.
I was able to sell everything including some other big items that were stored as well.
It was bittersweet but I know John was there with me as everything was loaded onto the trailer and hauled away. One of the guys in the group was even named John! 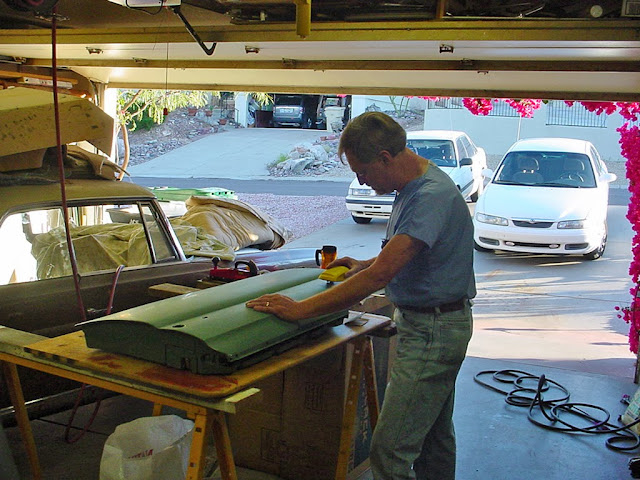