I had John's Memorial Garden worked on last week. Some of the plants had died and needed to be replaced and it desperately needed wedding. I had tried to do my best but the cacti were out to get me. So I called on the guys who do my grounds maintenance and they did a wonderful job.
I took some pictures afterwards. There was a lovely yellow butterfly floating around and it made me think that perhaps John was showing me how much he liked what I had done.
But I was in for an even better surprise.
When I uploaded the pictures to my computer there was a secret in the first one. A haziness. I zoomed in on it and it appeared to be an ethereal orb. I like to think that John was visiting the Garden himself and we were admiring it together. 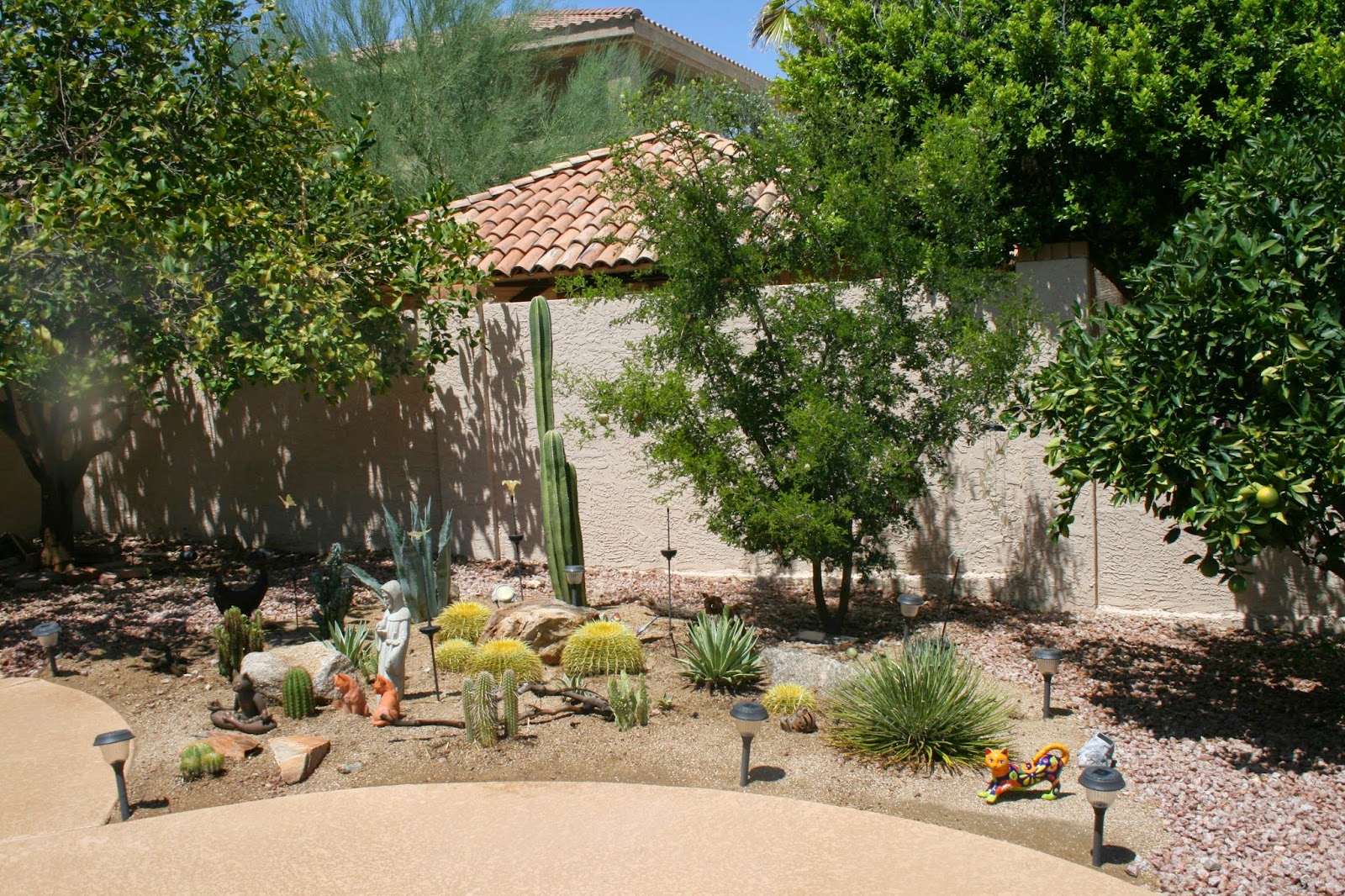