I know I have been posting a lot of anniversaries the past few days but this is another one. March was a big month for us.
Today, March 19, is the 30th anniversary of our Church Wedding.
John and I eloped in August 1981 and a few years later we were remarried in the Church,
And if that weren't enough, in the process of doing this we found out that John had never been baptized. We thought he had. He always thought he had been. But no. 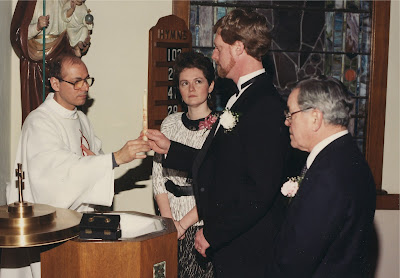 So, John converted to Catholicism and during our wedding Mass, he was also baptized and confirmed and received his First Holy Communion.
It was a beautiful ceremony and a wonderful day. 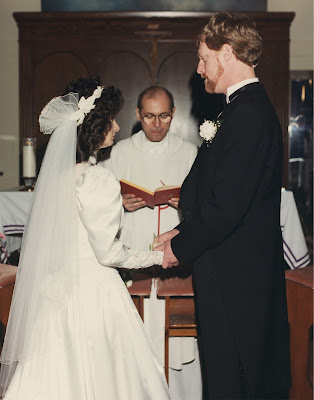 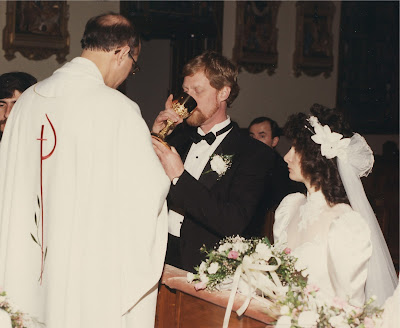 And afterwards, we had a wonderful fun-filled party. 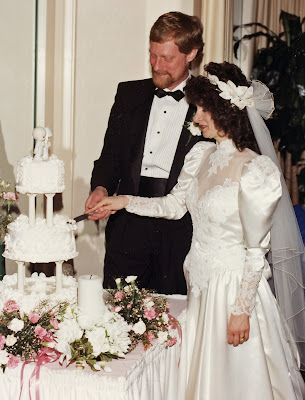 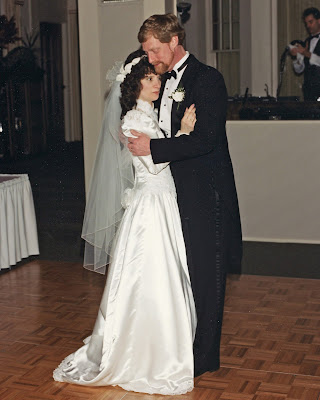 Happy Anniversary, Sweetheart. You were so handsome that day in your tux with tails. I was so proud to be standing next to you as your wife.
I'm a lucky and blessed woman.