My little bit of Heaven 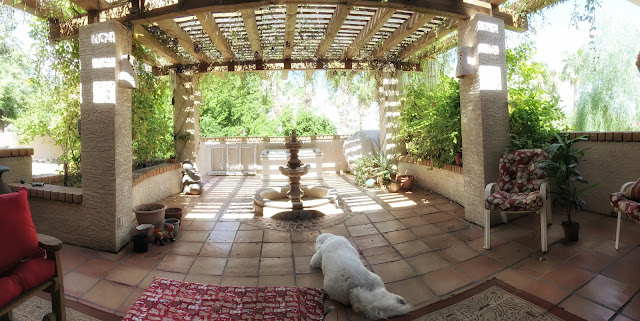 I love being out on our deck with Bella.
Morning coffee, morning meditation. Just sitting and swinging on the swing I used to share with John - and sometimes Toby. She used to love sitting between us in the morning while we sipped coffee and just talked.
I feel close to John out here.
He built this deck from scratch for us and I feel his love in every square inch of it.
Posted by Joy Collins at 4:30 PM No comments:

"We are gathered here today to..."

It struck me the other day that these words usually start off two very important ceremonies in life - maybe the two most important ones - weddings and funerals.
So much planning goes into the first one - guest lists, color themes, flowers, venue, clothes - and on and on.
But the second one usually happens unexpectedly and in a rush. Often the details are things we have seen others do. It's not usual that the major participant - the deceased - gets any input into the proceedings.
It happens. But in my experience it's not the norm. We hate to think about these things. It's almost  a superstition. If we talk about it, we will cause it to happen. On those occasions when pre-planning takes place, it makes it so much easier for the ones left behind.
I didn't have that luxury. John died suddenly and without warning. We had not discussed much about ceremony beyond cremation and closed casket. So I did the best I could and I think the funeral I arranged was something John would have liked.
But then it came time to decide what to do with his ashes. We had never discussed that. Ever.
So I decided not to decide beyond getting a very nice urn.
But someday we need to be placed somewhere.
I too will be cremated and I want our ashes to be together.
But where I have no clue.
So a few years ago I decided pre-planning [in my case anyway] was in order.
I contacted a church a few towns over that had a columbarium [a room or building with niches for funeral urns to be stored - a new word for me], made an appointment to speak with a representative, and off I went.
It was an experience, to say the least. I don't know if it was typical but it was definitely different.
To start with, I was given a list of available spaces to choose from, each having a certain price allotted to them depending on location - higher on the wall was more expensive than lower, glass front cost more than closed, and so forth. I was having trouble maintaining my composure. I was starting to hear John laugh. 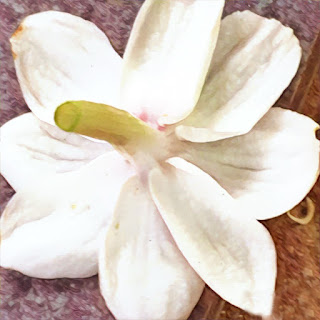 Then I was offered a "tour" to see where the real estate was located. Okay.
Off we went. The lobby of the columbarium building had piped in music and a "visiting" room. John was now laughing out loud. My guide then proceeded to show me where various people she thought I might know [local well known families] were going to be laid to rest as well as the space she and her friends had already purchased. It begged the question why I would have to know this. Surely we were not going to all party after lights out.
But I smiled and nodded my way through the walk-through.
Finally we went back to her office and she presented me with a price sheet and finance plan, expecting me to make a choice, implying if I waited too long, the choice spots would be gone. I felt like I was in a time-share presentation..
I excused myself to go to the ladies room. While in there I could swear I heard John yelling "Get out!" in between absolute belly laughs.
I went back in, told the nice lady I needed time to think and quickly left.
She called a week later and I let her go to voice mail.
John is still in his urn and I still have no pre-plans made.
Every time I decide it's time to try again, John just keeps laughing.
Posted by Joy Collins at 4:59 PM No comments:

Wish I could go back in time

I wish I could tell my old self to take better pictures. To take more pictures of John. Of us.
You never think pictures matter until they are all you have.
I scanned a few more pictures today but I was struck by how many pictures I took that I thought were important at the time. Now I can't even remember what some of them were of.
And the pictures I took of John were terrible in terms of lighting and focus.
I am learning so much from the photography course I am taking. I just wish I could use it to help my old self.

Posted by Joy Collins at 3:53 PM No comments:

John continues to show up

I have been having grief surges again lately.
I don't know why. There are no anniversaries that I can blame. Maybe there doesn't have to be a reason other than I just miss John so much and that is never going to change or go away.
It's okay.
But despite all that, John is showing me that he is still here. He knows what is going on with me and he is helping me get by.
Cases in point:
I still miss John. I am still sad. I would give anything to have him walk through our house door and give me a big hug and have life go back to the way it was.
But since that can't happen, I will be happy and thankful knowing he is still very much alive and still loving me.
'Til we are together again, Baby... Posted by Joy Collins at 1:21 PM No comments: