Today is my friend's birthday

Today is my friend's birthday. And I miss her. In any other year, we would be planning a celebratory lunch today. There would be laughter and gifts and hugs. There are 3 of us "sisters' and it has been our custom over the years to celebrate our birthdays and holidays together. 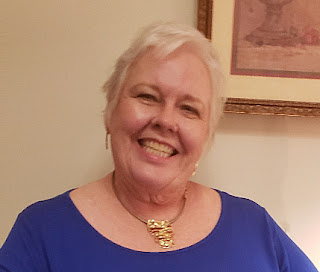 But not this year.

No, this year we celebrate from afar.

And we mourn what we can't have and hope for what will be next year.

I have lost many people, many souls these past 10 years. My parents, some furbabies, my aunt and uncle who were like parents to me, my mother-in-law who became my mother in her last years - and my beautiful, wonderful husband and soul mate John.

Through all of it, I had my "sisters". But now even that is taken from me.

Many of us who have lost loved ones have gathered together in various forums and we have commiserated. And we have voiced how this year and its challenges has brought our grief back to us anew. It's a strange phenomenon. One loss has amplified others. It was not anything any of us expected.

But this year and its isolation and hardships has taught us something else too. It has shown us what matters.

Caring for others in whatever way we can matters.

I have actually made new friends this year in spite of the isolation. Through the wonders of social media and Zoom I have been able to see and "touch" others. Those people have kept me going in ways they will never know.

And I have gone inward and learned about myself.

Today is my friend's birthday. She doesn't know it yet but I sent her something that will arrive today to let her know she is still in my heart. And we'll talk on the phone. And I will send her cute texts today to hopefully make her smile.

And I will look forward to next year and the renewed hope of another day.

Posted by Joy Collins at 7:12 AM No comments:

Guides and angels and spirits - Oh, my!

I am currently taking an online course with Sara Wiseman on intuition and psychic development, how to tune in to Spirit. Today's topic was Guides and Angels. I am a firm believer in all things like this and I am thoroughly enjoying this course. It is opening my eyes and mind to so many things.

Part of today's lesson was to think back to our experiences and see where we may have been the recipient of angelic intervention. I have always been aware of one such incident but it was only after today's introspection that I was able to see an even bigger picture. Bear with me, please. This will be a little long but I think you will find it interesting.

Several years ago, I was driving home from an errand in town. It was early afternoon and I was one block away from home. As I came to the intersection, a car to my right ran the stop sign. I didn't have one on my road so by the time I saw him it was too late. I was already in the intersection, having assumed that he would stop. I fully expected he was going to T-bone me on the passenger side. However, that didn't happen. I remember looking at him and seeing him look back at me and then my car felt fluid. Somehow, I was able to actually steer around the front of his car and I came to a stop just past the intersection. He was gone but I was all right. I went home and cried from the stress and got a big hug from John.

But the story doesn't end there.

This part requires some background. I have believed for many years that at some point in my past (think previous lives) I have either been a race car driver or at the very least, I drove a stick shift. Mind you, I do not even know how to drive a stick shift in this life. Never learned and don’t care to. All my cars have had automatic transmissions. Yet, there have been times when I have been cruising along, bopping to some good music, and suddenly I would find myself reaching for the clutch with my left foot and grabbing the gear shift with my right hand as if to shift the car. It has always been a smooth reaction, a natural body movement. In addition, I have often had a vague feeling of being in a car crash, possibly fiery and life-ending. In fact, once when I was in this mode, I heard ambulance sirens and started to pull over to let it go by only to realize that there was no ambulance in sight.

So, back to my story.

John was diagnosed with skin cancer on his left shoulder in October 2007. He was scheduled for surgery to be performed in the doctor’s office in Scottsdale. On October 23, 2007, at a little after Noon we headed out for the surgeon’s office. We were in John’s car and he was driving. We were barely out of our home town of Fountain Hills when his car’s engine started to make some funny noises. Naturally we were worried that something was wrong. The plan was for me to drive us home after the surgery and if something bad happened with the car John would be unable to help. We decided to turn around and return home to get my car. Twenty minutes later we were back on the road. This time I was driving. A few minutes later, we approached the light at 56th Street and Shea Boulevard, a major cross street. There were three lanes of traffic going in both directions with an extra lane for turning. I was at the light in the middle lane heading west on Shea with one car – a white compact - ahead of me. The light turned green and I proceeded into the intersection. Suddenly, a school bus from the opposite direction and in the turning lane turned into our path. The driver was clearly turning against the light and I had no idea why he was. All I knew is that we were going to hit him head on. 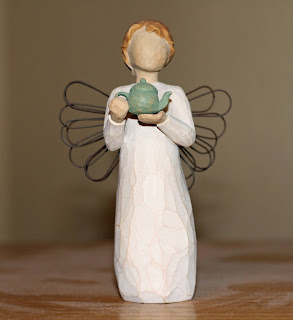 I saw the bus hit the rear of the car in front of us and his bumper went flying. I saw nothing but yellow in front of me and then my body just kicked in. From somewhere in my head I heard “You have done this before.” My left foot shot out and hit the brake. My right hand grabbed the shift and I downshifted. I grabbed the steering wheel and gave it a hard right and then hit the gas. Then I quickly swerved left. The car felt fluid in my hands as if it was gliding around the front of the bus.

All the while I kept hearing that voice in my head. “You’re fine. You’ll be OK. You’ve done this before.”

And somehow…somehow…our car came to a stop in the middle of the intersection and the now stopped bus was behind us. The white car was at the far-right curb and the pissed off driver was standing next to it. But John and I were never hit. Not a scratch on the car or us.

We made it to the surgeon’s office with time to spare.

When we got home, I started John’s car. The noise was gone. The car ran fine and we never had a problem with it after that.

I always thought the voice telling me I had done this before was referring to my thoughts about having driven a stick shift. Now, I know I was wrong. Today I finally pieced it together. The voice was referring to the first near miss with the man who ran the stop sign. That must have been practice for this bigger event.