The best me I can be 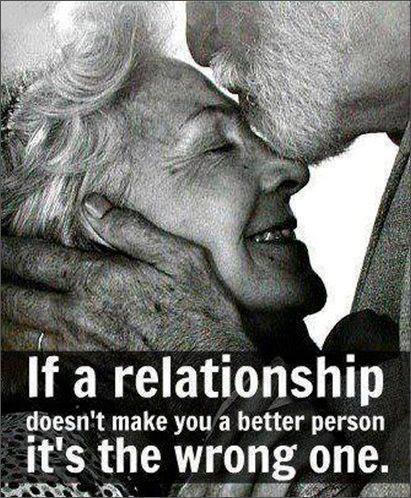 I loved how I was when I was with John. John brought out the best in me. He had such faith in me and was so proud of my accomplishments.
No amount of congratulations in anything I do fills that void now.
But I will continue to be the best me I can be.
For John.
For me.
John wouldn't have it any other way and I won't disappoint him.
Posted by Joy Collins at 11:51 AM No comments:

The biology of grief 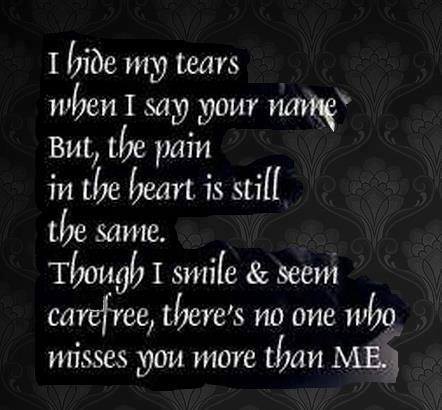 It's hard when you feel you have to hide the sorrow because others think it's "time" for you to move on.
There is no "moving on". Moving forward, yes. Bringing that missing loved one with you is all you do.
But there is no moving on.
I think about John so many times a day I can't count them. Everything reminds me of him in some way.
I was in New York City this past weekend and that is always hard for me. While I like visiting my family, that city reminds me so acutely of when I lost John. He died in that city. I rode the railroad with him in that city. I took cabs with him there. We walked the streets together, we ate in restaurants. There are places I never want to go to again because the last time I was there it was with John and some people can't understand that. I get "looks" when I say there are places I want to avoid because of the memories associated with them.
Why can't people understand? Why must they judge?
I don't wish this kind of loss on anyone but maybe that is the only way they can understand and then they will act as if they are the only ones to go through this  It wouldn't be right to say I told you so but it's so tempting.
Posted by Joy Collins at 6:42 AM No comments:

John loved our kids and they loved him.
We would have had a glorious day today.
Loving you, John.
Posted by Joy Collins at 6:08 AM No comments:

For a brief moment all was right again

I was sick this weekend. On Sunday, I was starting to doze on the love seat and for a brief second I actually thought John was home to take care of me. My heart felt so happy and peaceful. I knew I would be OK. And it just felt so right to have him here. The world just felt good again. It hasn’t felt that way in so long. I can't describe the peace I felt in that small fraction of time.

And then a second later I remembered that he wasn't here, that I was alone after all.
And I felt so bad and so sad. My heart really believed John was here. And then to realize that it wasn’t true after all was the worst. It hurt all over again.
Posted by Joy Collins at 5:51 PM No comments:

I decided to Google/Facebook search old friends today. It's something I do periodically. It's fun. Sometimes I find people I know and reconnect.
Sometimes I find people and just see how they are but let them be.
And sometimes, I find sad news.
Like today.
I found a friend John and I knew back in Pennsylvania where we both worked, where John and I met. And she has passed away. She had actually passed away a few months before John did. We had lost touch with her years ago but still the news touched me. Judy was only a couple of years older than me and she was actually a year younger than I am now when she passed away. Her obituary didn't say much so I have no details. She was still listed under her maiden name so it was obvious she had never married.
Still her passing saddened me. She had been there for me through some tough times.
I feel strange - like I am the last one left standing.
Rest in peace, dear friend.
Posted by Joy Collins at 8:48 PM No comments:

John is still with me

I spent a lovely day yesterday attending a seminar given by a medium Mollie Morning Star and a writer about the afterlife Mark Ireland.
It was a day filled with lovely affirmations that our loved ones are still with us and reassurances that we will be together again.
And I won the big prize - a free 30 minute session with Mollie. I know John had a hand in that.
I felt John with me all day and for that I am grateful.
Posted by Joy Collins at 8:15 PM No comments: