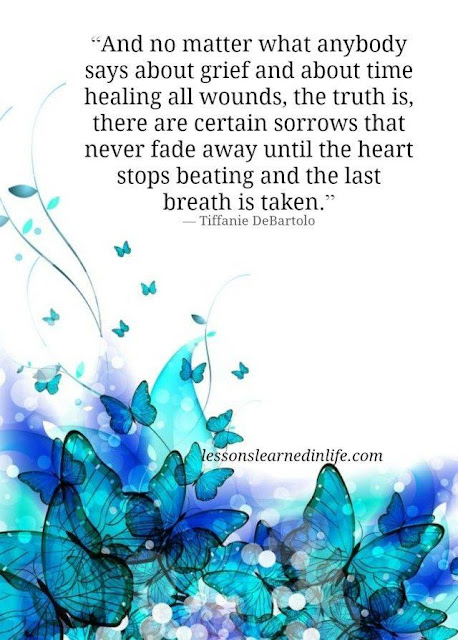 I have read many books about the afterlife, and the metaphysical, and how time is a construct for this earthly life. Apparently, while no one alive can say for sure, time is non-existent in the non-physical world.
Yet, I can't help but think about time and how it relates to John being gone. I still count how long it has been since we have been together. And I wish I knew how long I have to wait until we are together again. I know John has the advantage right now because it won't be long at all from his perspective.
And then there is the time we did spend together in this lifetime. John spent the rest of his life with me. He spent his last weekend making me happy by visiting my family with me in New York City, a place he was not fond of.
I remember telling people after he passed that we didn't have enough time together, that even if we had had twice as long together it still would not have been long enough.
I heard this song again today while I was out driving. Jim Croce was one of John's favorite singers and the CD that this song was on was in the player of his car when he died. Makes me wonder if there isn't a message there.

A loss on so many levels

The Eagles were probably John's favorite band. He loved the "Hotel California" and their song "Lyin' Eyes" became a private joke between us early on in our relationship. The reason is not necessary but suffice it to say that we found it funny. Over the years, every time the song came on, John would poke me and say "There's your song" and we'd enjoy a moment together.
The song became even more important to me after John died.
It was the first song he sent to me after he passed. I knew it was from him and I knew he was trying to make me smile once again even in my sorrow.
Even now, over 5 years later, the song pops up every so often and I know it's from John.
So, the song, and thus the band, is very important to me.
And today I learned that the founder of The Eagles Glenn Fry has also died. And he was only 67, just like John was when he passed.
I am feeling like I have lost something on so many levels but I know Heaven is experiencing some good music tonight.
RIP, Glenn. Thank you for the good music.

Posted by Joy Collins at 3:01 PM No comments:

Many don't understand this and assume if you are still sad after losing a piece of your heart many years later there is something wrong with you. They don't understand that when you lose your soul mate, your true other half, you are always incomplete and always carry sadness within you. You just learn to hide it better over time. 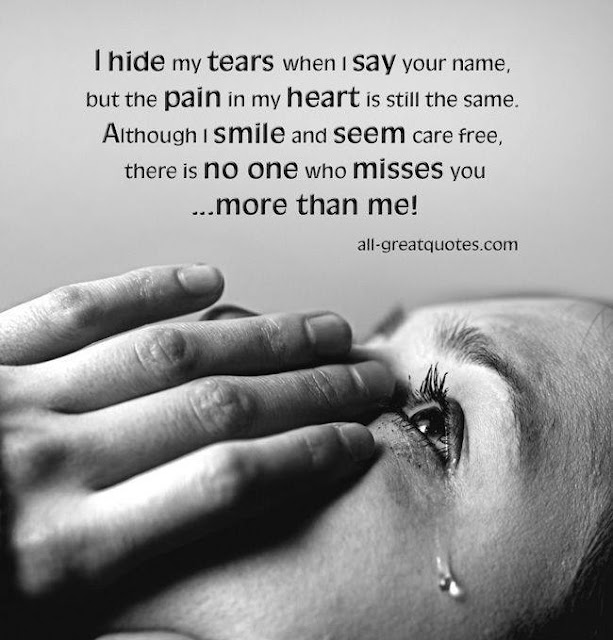 Posted by Joy Collins at 7:40 AM No comments:

Saw this this morning

and cried. It's a beautiful song/video and brought back so much from those first few hours/day/night without John. I remember hating that the world still went on when mine had stopped.
Now, it's a little easier. Doesn't mean I like it any more than I did then. I still wish with all my might that John could be here with me. Instead, I look forward to being There with him. Goodness knows, it's better than here. This school we call Earth is hard. But it serves a purpose. And for now, I am trying to find reason for me still being here and making the most of my time left.
And that is what this song is ultimately saying.
It's sad but it's hopeful.
It is important to note that the woman singing this song - Joey Feek - is herself dying as I write this. That is her husband Rory in the video with her.
Posted by Joy Collins at 11:28 AM No comments:

I never used to like to cry in front of people. Then, I lost John and the tears flowed whether I wanted them to or not.
And I no longer cared that people saw me cry.
Now, I am not ashamed of my tears. They come when they want to, when they need to. And if someone sees me cry, please don't feel you have to make it better, or that I am in need of "moving on", or that I need to get better. Please. You never "get over" losing the love of your life. You move forward and you go on, but you don't get over. And that's okay. It's not a failing.
It's life.
It's Love. 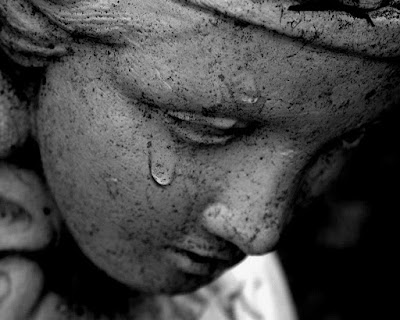 Posted by Joy Collins at 4:47 PM No comments:

Happy New Year, Sweetheart! I carry you with me into the new year - new adventures!
Posted by Joy Collins at 11:55 AM No comments: